The Los Angeles Dodgers are headed for the postseason by way of clinching the National League West a fourth consecutive year. While there have been roster changes throughout the years, a significant portion of the core remains, including Adrian Gonzalez and Justin Turner.

Along with the likes of Clayton Kershaw and Chase Utley, Gonzalez and Turner are viewed as leaders in the clubhouse. A.J. Ellis referred to Turner as the ‘heart and soul’ of the Dodgers. But even with holdovers from previous division-winning teams, the 2016 Dodgers have a different feel to them.

Los Angeles overcame significant obstacles in their quest for the NL West title — falling a season-high eight games back of the San Francisco Giants in June, losing Clayton Kershaw for 75 days, and placing a Major-League record 28 different players on the disabled list.

“We’ve had a chance to do this the last few years but this one feels special,” Turner said in a champagne and beer-soaked clubhouse on Sunday.

“The perseverance, things we’ve gone through this season, to be able to come back (in the division standings), we just kept pushing forward. This burn in my eyes has never felt so good.”

The Dodgers front office was criticized, if not mocked, for their constant referencing of the club’s roster and organizational depth. In reality, Los Angeles likely does not claim another division title without the ballyhooed depth.

“The grit and grind, we’ve never out of a game. We just believe in each other,” Turner mentioned as the differences from previous clubs he’s been part of. “It doesn’t matter who’s put in there. That’s really the special part about our offense, it’s not one guy getting it done all the time.”

Traded to the Dodgers in August 2012, Gonzalez has been an integral part of the four NL West division-winning teams. “This is a team that has gotten contributions from everybody. It’s a special feeling knowing that we have a full team and group of guys who have done incredible things,” Gonzalez said. 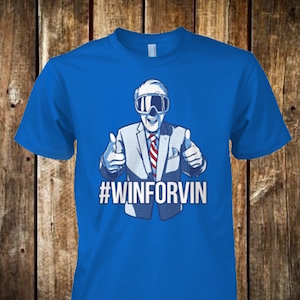 “I think we match up incredibly well. We can take a specific pitcher and just match up with him rather than hey, ‘Here’s our lineup, this is who we’re going to go with no matter who is on the mound.’ … In the past we’ve been dependent on [Clayton] Kershaw and [Zack] Greinke. This year we’re going to expect everyone to step up and do their job. I think it’s a good formula.”

The Dodgers’ ability to withstand a record number of injuries is not only a testament to the front office’s approach and player development, but also rookie manager Dave Roberts.

“He’s been incredible. He’s preached team grit all year,” Gonzalez said of Roberts. “I really feel like all year we’ve been an example of grit. Coming from behind multiple times, fighting until the end, never giving up and continuing to fight.”

The Dodgers will face the Washington Nationals in the NL Division Series. The best-of-five series begins Friday, Oct. 7. It has not yet been determined who will have home-field advantage.

The Los Angeles Dodgers have one of MLB's deepest farm systems, which is highlighted by…