In recognition of a remarkable 2019 season in which he helped lead the Los Angeles Dodgers to a franchise-record 106 wins, FOCO released a Cody Bellinger 2019 National League MVP bobblehead.

Each award winner is shown wearing their team’s respective uniform and holding their award, which features the recipient’s name. Each base displays the player’s name, team logo and title of the award. Each bobble stands approximately eight inches tall.

“The announcement of MLB’s awards is always one of the most anticipated times of the year for both players and fans,” said FOCO senior licensing manager Matthew Katz. 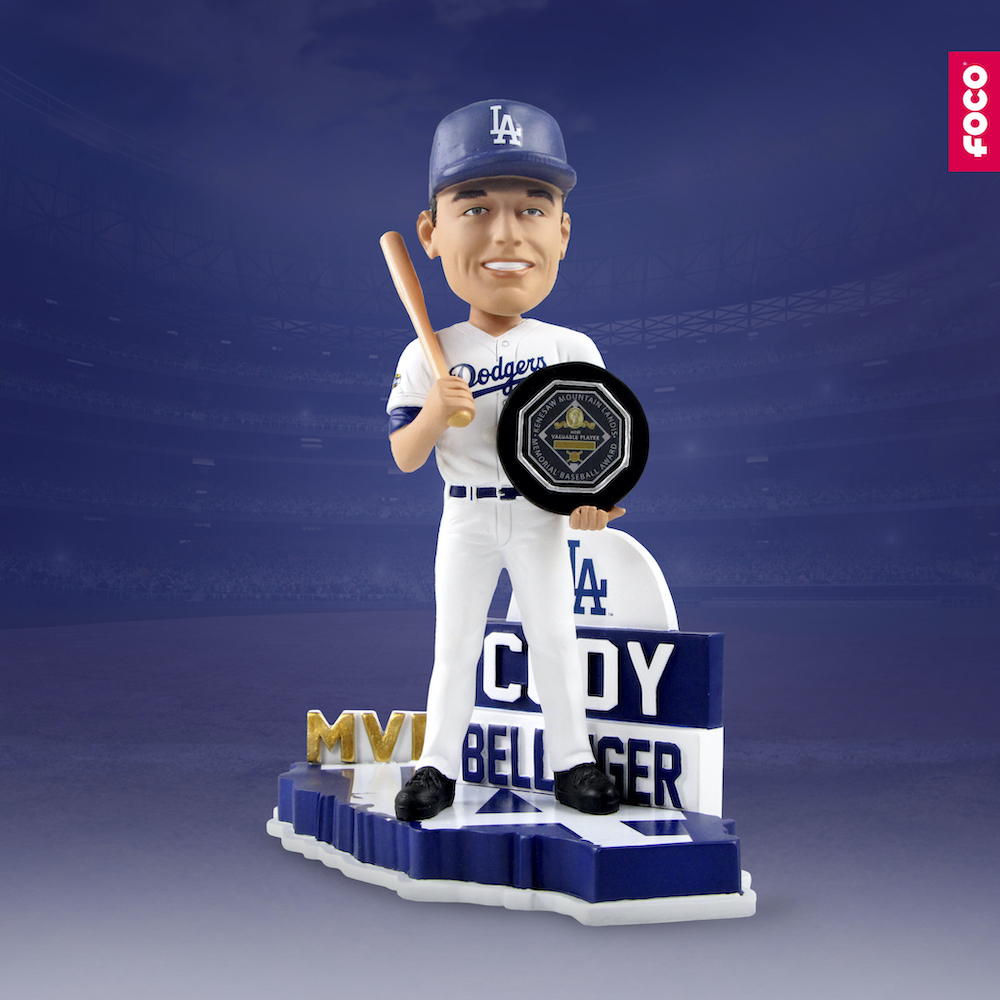 “We know MLB fans can’t wait for the baseball season to start up again, and we’re excited to help them prepare for the new season by celebrating some of their favorite superstars.”

Bellinger just received his MVP Award during the New York Baseball Writers’ Dinner. He thanked former Dodgers scouting director Logan White and current teammates, among others, in his speech.

The 2019 MLB awards bobblehead series are just a few of many new products FOCO plans to release and highlight some of the game’s top players with. They additionally offer an array of items that tie in other genres.

The Dodgers of course use Bellinger as a model as well, including with their first-ever bobblehead giveaway for a postseason game last October. The team distributed Bellinger in a home run trot, with fans either receiving a home or road version, dependent on their point of entry into Dodger Stadium.