As with major holidays and special events throughout the course of a season, MLB additionally outfits players in special caps and jerseys for the Futures Game, Home Run Derby, Workout Day and All-Star Game.

For the first time since the 2000 Home Run Derby, players will don a sleeveless, vest-styled jersey in navy or red, depending on league affiliation. National League players, meaning Joc Pederson, will be in a navy jersey.

This marks a sixth consecutive year the Los Angeles Dodgers have a participant in the Home Run Derby. It’s Pederson’s second time, and first since doing so as a rookie in 2015.

Home Run Derby caps are dark grey with two bats crossed on the front of the crown and team logo centered above. 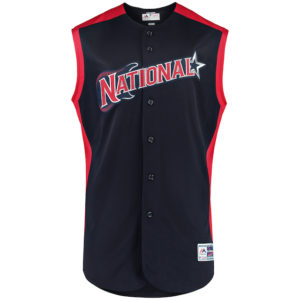 All-Star Game socks illustrate a concert with all MLB cities listed on the back in the style of a musical act’s tour shirt. 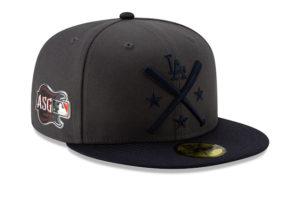 For the sixth consecutive year, New Era, in conjunction with MLB, has created a new All-Star cap design theme, representing every club, to be worn in the All-Star Game. This year’s caps are team colored and feature two silver stars, one on either side of the team logo on the cap fronts.

A patch of the primary All-Star Game logo will adorn the right sleeve of all jerseys and a star-shaped patch representing a player’s number of All-Star appearances will be placed on the left sleeve.

The All-Star Game socks by Stance highlight the navy, white and red base colors of the host Cleveland Indians with a unique ASG wordmark across the back. 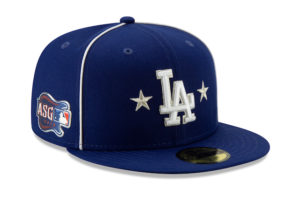 Saturday, Feb. 22, not only represents the Cactus League opener for the Los Angeles…