When the Los Angeles Dodgers take the field Thursday afternoon against the Arizona Diamondbacks for Opening Day, it will mark the start of a 58th season at Dodger Stadium. With that, the team took measures to upgrade the venue and install new amenities.

The Dodgers have led the Majors in attendance in each of the past six seasons, including setting a franchise record with 3,857,500 fans during the 2018 season and 4.285 million overall with postseason games included.

In effort to improve the ballpark experience, the Top of the Park store was remodeled. Prior to stepping foot in the new-look store, fans will see five-foot microphones as additions to the Retired Numbers Plaza. 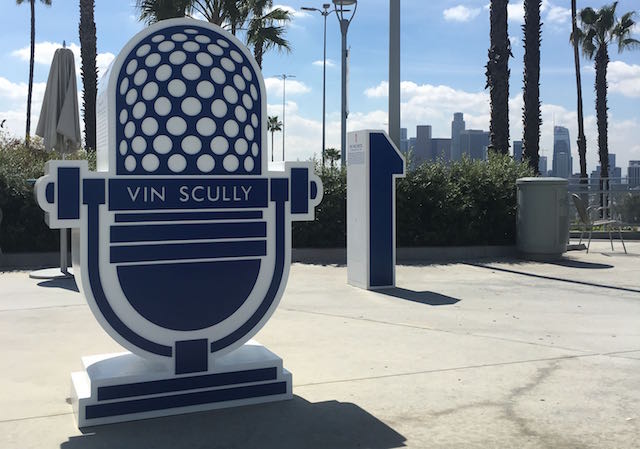 As for ease of entry into Dodger Stadium, fans will soon have the option to transfer their game ticket(s) into their Apple Wallet and gain access to the venue and suits via near field communication (NFC) ticketing technology stadium-wide via their smart watch or mobile device. NFC for Google devices is expected to be ready mid-season.

Additionally, to improve ordering at concessions stands, the Dodgers increased the number of self service concession kiosks throughout the ballpark.

In what should mesh well with the new items on the menu this season, fans will be able to utilize Apple Maps in and around Dodger Stadium to find food locations, retail stores, the nearest restroom or Fan Service locations.

In conjunction with the Los Angeles Dodgers Foundation hosting silent auctions on the club level outside the Vin Scully Press Box during 32 home games this season, fans will now have the ability to bid on the unique memorabilia via the MLB Ballpark App.

Also new with the 2019 season, fans can purchase tickets for LADF’s 50-50 raffle using their credit cards. LADF will also continue to offer ribbon board messages as a fundraiser.

Lastly, the Dodgers installed four Ashley HomeStore chairs to create a Home Sweet Home Seats on the loge level, where fans can enjoy the game from after entering to win at participating Ashley HomeStore locations. 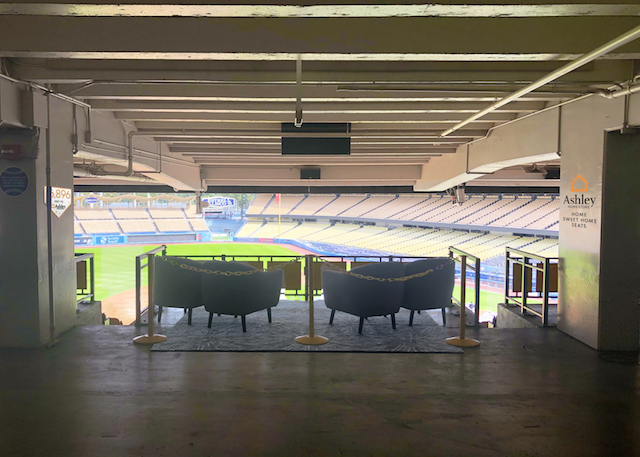 Despite ongoing negotiations between Major League Baseball and its Players Association…