After spending several decades at Vero Beach for their Spring Training home, the Los Angeles Dodgers are in their 12th year at Camelback Ranch. The stadium has undergone multiple upgrades and additions, with the latest change made in effort to aid fans in attending games.

Ballpark Boulevard was extended to meet 99th Avenue, stretching from Camelback Road on the south to Maryland Ave. on the north. Ballpark Blvd. previously dead-ended just beyond Camelback Ranch-Glendale, and now the new extension gives fans the ability to approach the facility from either the north or south.

“Adding this new road to Glendale’s map is something we are very proud of,” Glendale Mayor Jerry Weiers said.

“Now, when fans from Camelback Ranch leave the game they will not be forced to go west away from Glendale, instead they’ll be able to exit to Westgate and all Glendale has to offer our guests while visiting here, just in time for Spring Training Opening Day.” 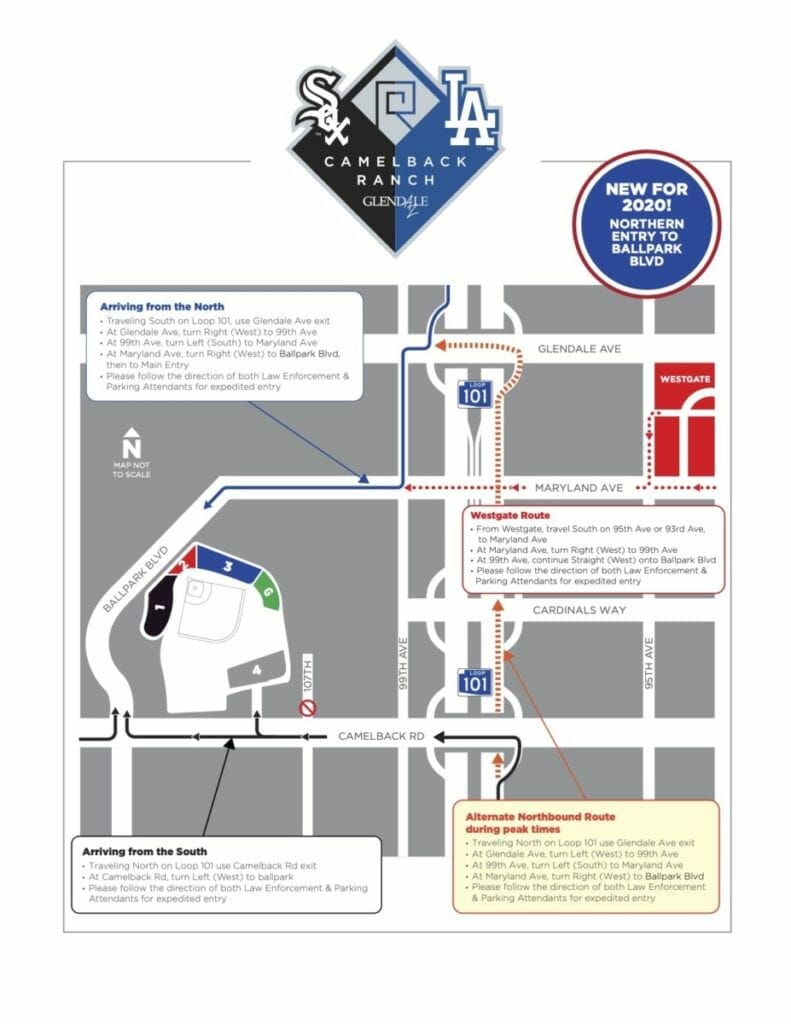 When arriving or leaving Camelback Ranch for a Cactus League game, the new road is one lane in each direction with a reversible center lane to accommodate traffic before and after games.

“Fans can now approach our beautiful campus from the north as well and the new stretch of road will provide a streamlined exit for those heading to the many entertainment choices in Glendale.”

The Dodgers have drawn over 100,000 fans to Camelback Ranch in each of their first 11 years at the facility. Last year they reached 154,884 in spring attendance, which was the Dodgers’ third-highest total at Camelback Ranch. Their 10,154 average per game represented the second-highest mark.