Major League Baseball and the MLB Players Association came to an agreement during the 2017 season to implement Players Weekend, which was met by an overwhelmingly positive response.

Players were outfitted in jerseys and caps reminiscent of Little League, and afforded even more creativity by being able to select a nickname that appeared on the back. Players Weekend returned last season and does so again this year, running from Aug. 23-25.

However, it does so with an overhaul to the jerseys and caps players will wear. Gone are the bright colors, with a monochromatic black and monochromatic white color scheme replacing it.

Players additionally will have the option to wear a patch honoring late Los Angeles Angels of Anaheim pitcher Tyler Skaggs.

With the Dodgers hosting the Yankees during Players Weekend, they will be outfitted in all white caps and jerseys. 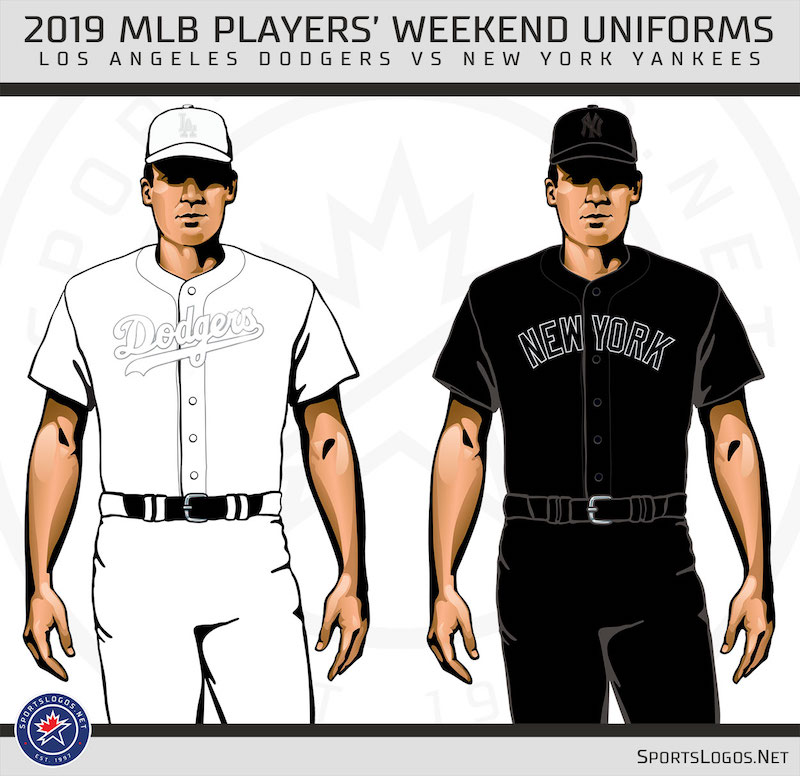 Both jerseys have the team name outlined in silver, though pitchers will be required to wear a black cap regardless of whether or not they are the home team. Furthermore, every batter will wear a blank matte black or matte helmet that does not feature a team logo.

Also new to 2019 Players Weekend is the expansion of mobile device usage. Prior to the National Anthem, players will be permitted to use handheld mobile devices, such as smartphones and tablets, on the field or in the dugout to promote the event via social media.

Also prior to and after the game, each player will again have the option to wear a t-shirt highlighting a cause or charity of his choice.

Not all players are required to sport a nickname on their Players Weekend jersey, though most do participate. For the Dodgers, the likes of Cody Bellinger (“Belli), Kiké Hernandez (“Kiké”), Clayton Kershaw (“Kersh”) and Justin Turner (“RedTurn2”) again are among those doing so.

So too are Russell Martin and Joc Pederson, who included a flexing arm and crown, respectively, on the back of their jerseys.

Players Weekend at Dodger Stadium sees the Yankees coming to town for the first time since 2013. Since the Dodgers moved from Brooklyn in 1958, they have faced the Yankees for eight regular-season games and 11 World Series games in Los Angeles.

The Dodgers are just 3-6 in Interleague play this season, with four of those losses coming at the hands of the Los Angeles Angels of Anaheim. It marked the first time the Dodgers have been swept in the season Freeway Series.

The Dodgers are 3-2 against the American League East (Boston Red Sox and Tampa Bay Rays). 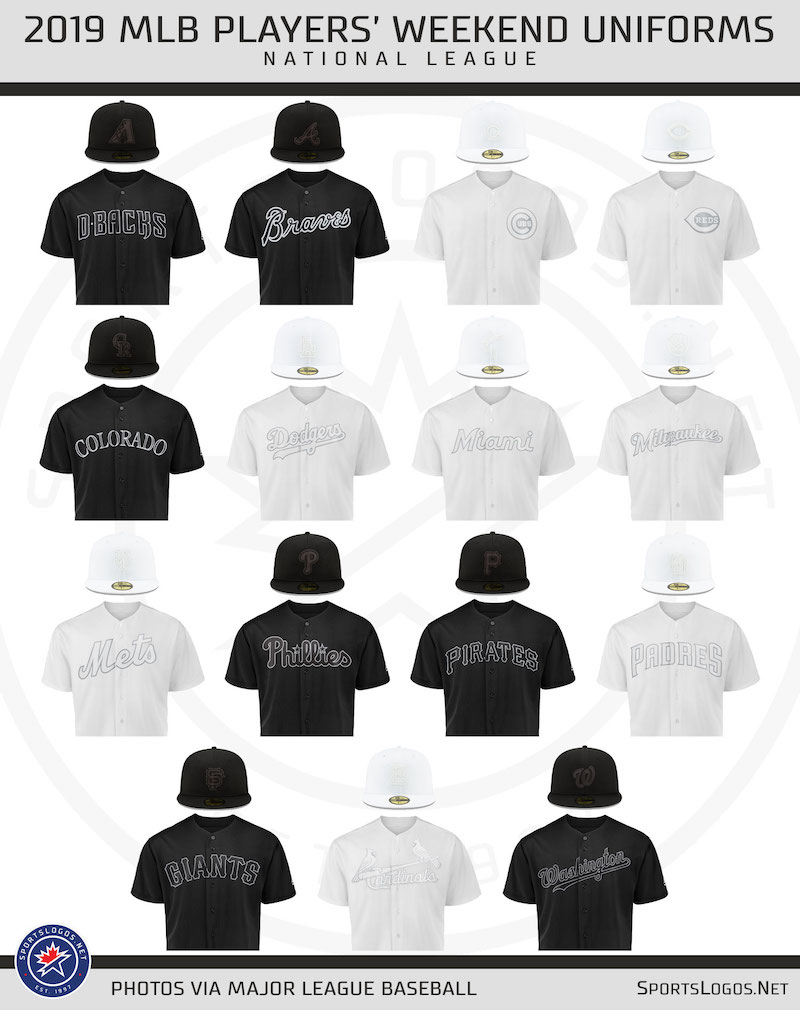